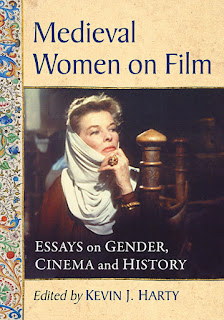 Medieval Women on Film: Essays on Gender, Cinema and History


In this first ever book-length treatment, 11 scholars with a variety of backgrounds in medieval studies, film studies, and medievalism discuss how historical and fictional medieval women have been portrayed on film and their connections to the feminist movements of the 20th and 21st centuries. From detailed studies of the portrayal of female desire and sexuality, to explorations of how and when these women gain agency, these essays look at the different ways these women reinforce, defy, and complicate traditional gender roles.


Kevin J. Harty, a professor of English at La Salle University in Philadelphia, is associate editor of Arthuriana, the official journal of the North American Branch of the International Arthurian Society (of which he is the former president). He has previously written or edited 14 books, including ground-breaking studies of depictions of the Middle Ages on film.

Posted by Medieval Studies on Screen at 11:12 AM